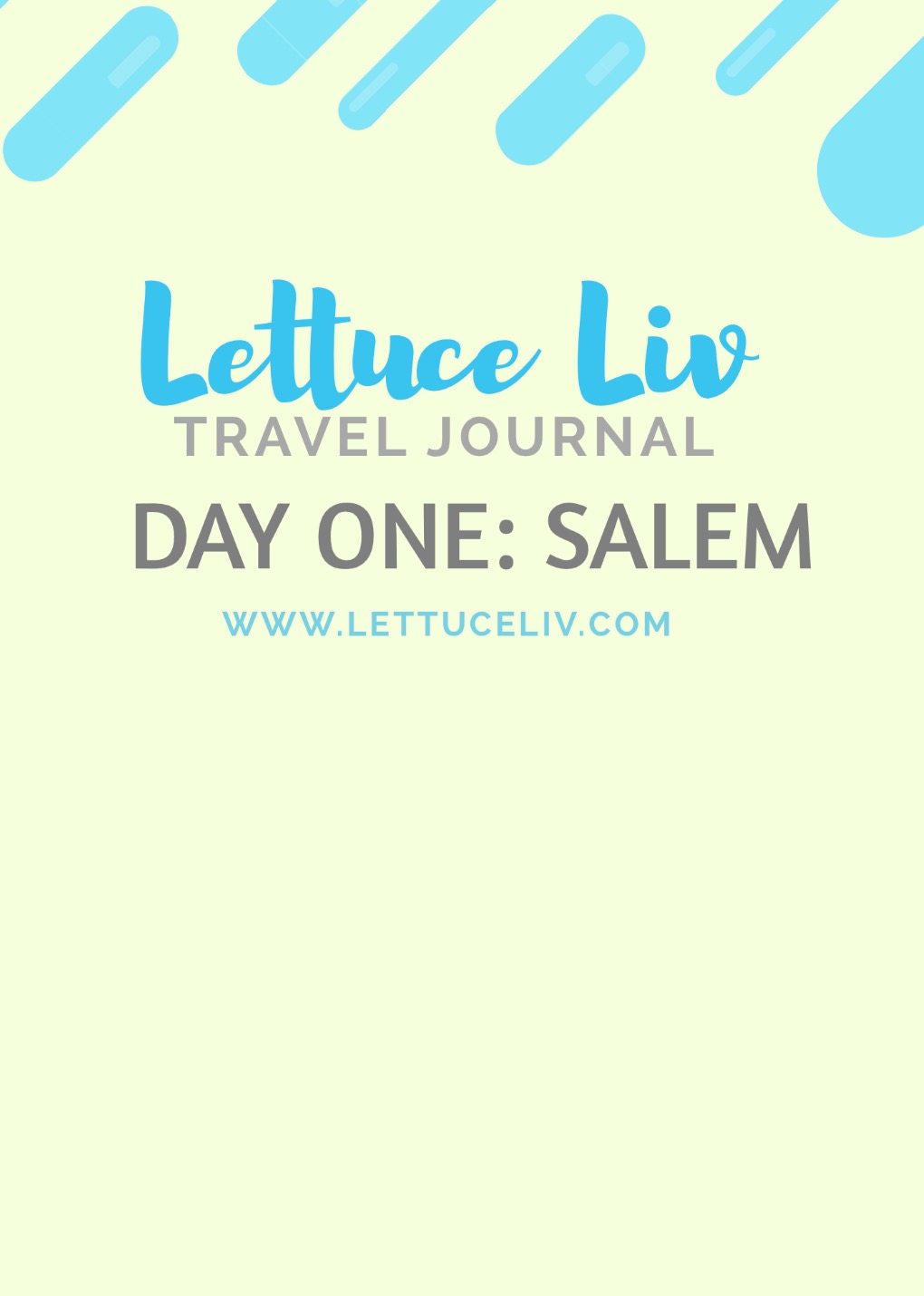 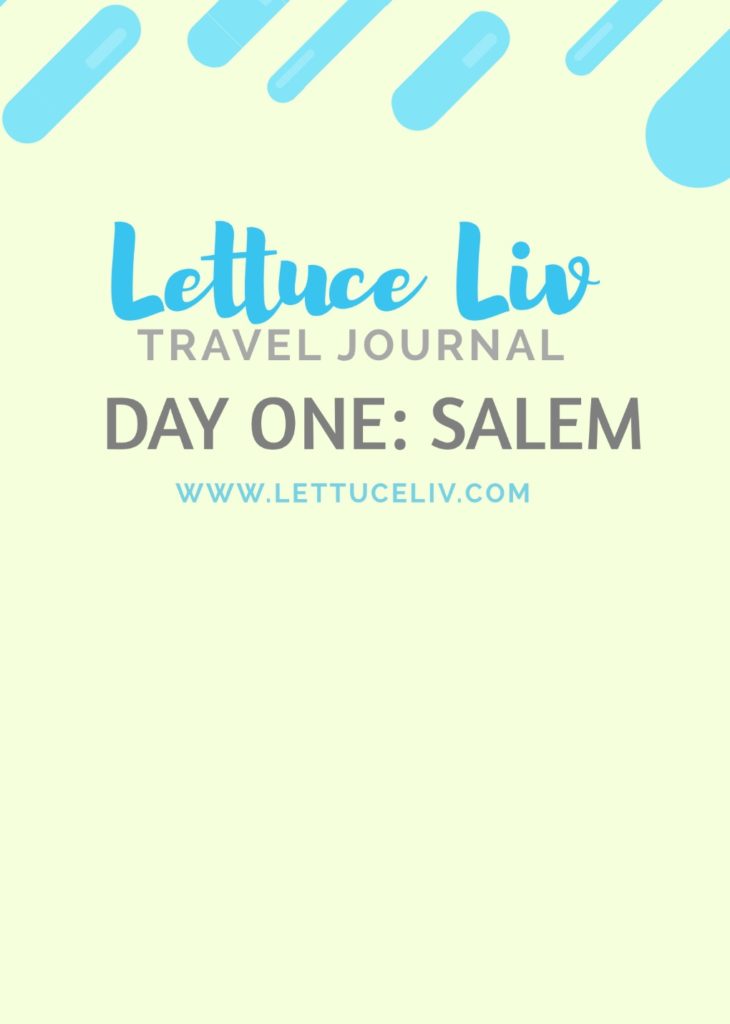 Packing for vacation is not my strong suit. It’s not that I am disorganized. On the contrary I organize the shit out of my clothes, but I definitely over pack. I am so envious of people who can create capsule collections with 8 articles of clothing for a 10 day trip. Well I can only dream. And until then I will unnecessarily pack 12 bathing suits even though I’ll be in Bermuda for less then 7 days! The drive to Salem wasn’t so bad.

Today’s journey began with me not getting up on time, last night it was decided we’d leave Montreal at 6am… I woke up at 6:05 with my husband impatiently pacing around the house trying to hurry me up. We left and drove off at 6:20. The drive to the Vermont border was smooth and we actually had an audio book playing on the radio. Kevin Heart story “ I can’t make this shit up”. It kept us both alert and engaged while driving. We started to get hungry at 8:45 and decided we should stop somewhere to eat breakfast.

The first stop we made was in Burlington, Vermont to a super adorable vegan restaurant called Pingale Cafe & Eatery. If your in the area you need to check them out. The selection of breakfast items are awesome! Rob took a ranchero plate with tofu, beans salsa and salad. A nice hearty breakfast plate. I took a tofu Benedict, with a cream nut sauce, salad and a sweet potato mash on toast. This was nice and filling. Then realized only after I started eating the picture I had taken of my food was only on my Instagram Story and it was actually a video with doodles.

We left Burlington and headed to Salem. Before arriving we took a detour to check out an outlet mall. This detour actually wasn’t worth it and we left the mall with out any new items. Also because of the detour by the time we got to Salem I didn’t get to walk around and explore all the cool shops because everything closed.

The first thing I noticed about Salem was how cute the houses were. Everything had character like each piece had its own story to tell. We didn’t realize we had skipped lunch and we were kind of overly starving. But I really wanted to make the most of the sunlight and see some of the historical sights in daylight. I was glad we did this because later on we went on a haunted walking tour and the photos we took at night didn’t do the justice my earlier photos had done. 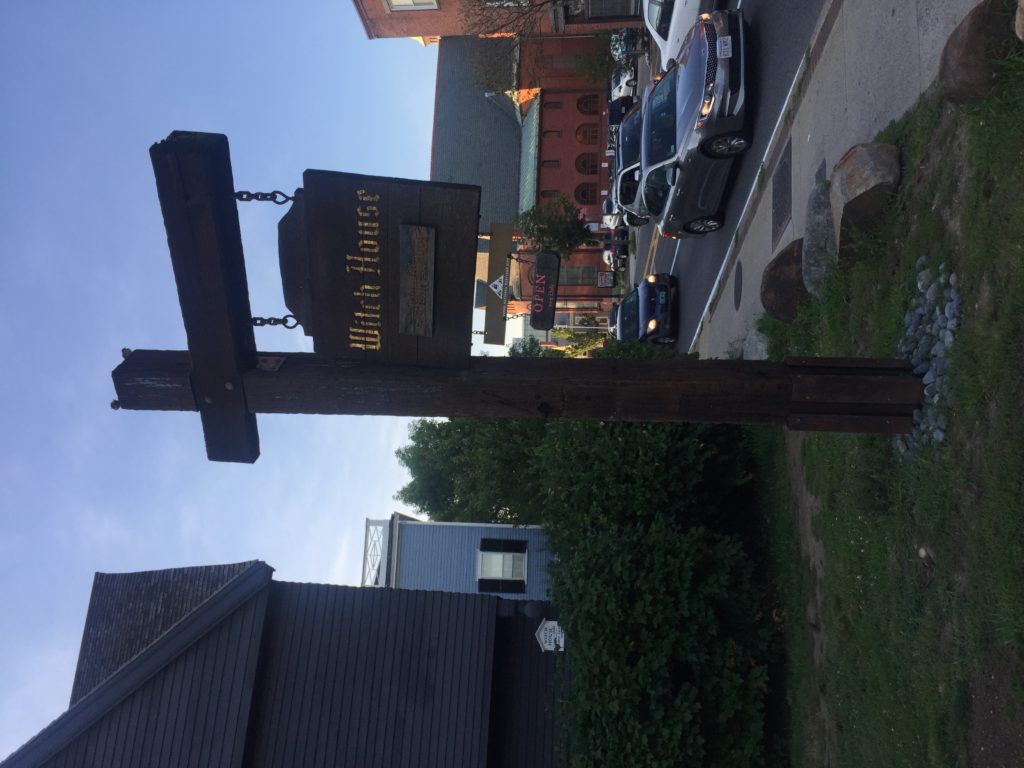 We dined at Life Alive. I know rob and I were starving but this place was super delicious! I had the Goddess Bowl. It was made with brown rice, avocado steamed kale sprouted legumes and tofu. Rob had a wrap… I didn’t pay attention to the name of his plate because I was so focused on devouring mine! All we know is there is a second location in Cambridge and we might go there tomorrow for breakfast because we loved it so much! 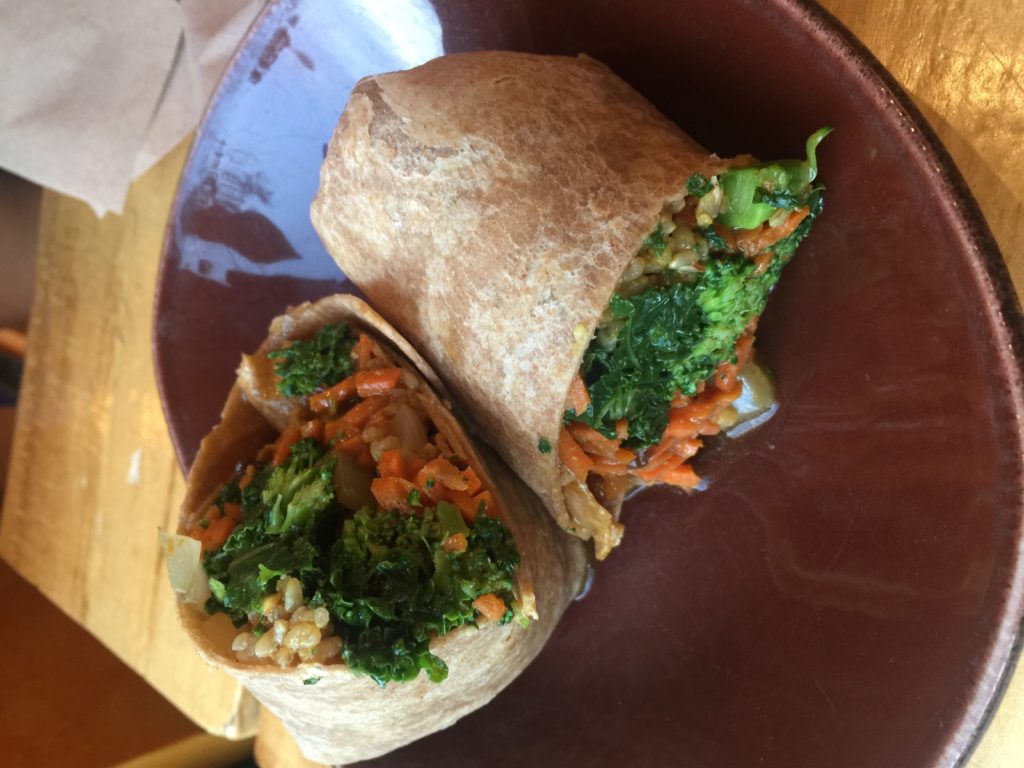 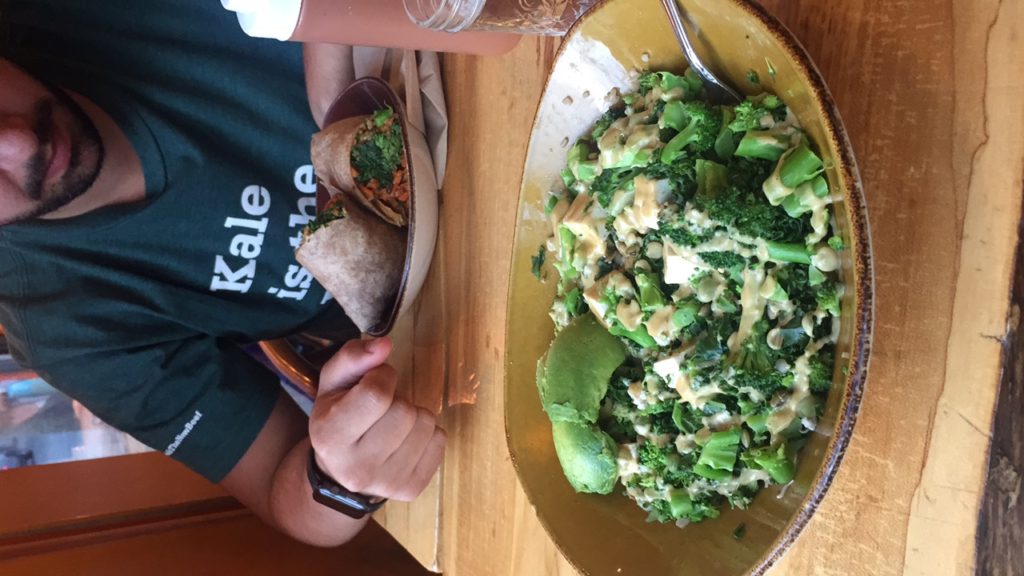 After dinner we walked around and I wanted to go to the witch village, it was a five minute walk and we headed towards it. As we turned the corner we saw a crowd of people just waiting along side the building. All the shops were closed except this one. My curiously led us inside and we realized this was the ticket office for the haunted story tour. Turned out the tour was starting at eight pm so we figured why not and bought two tickets. 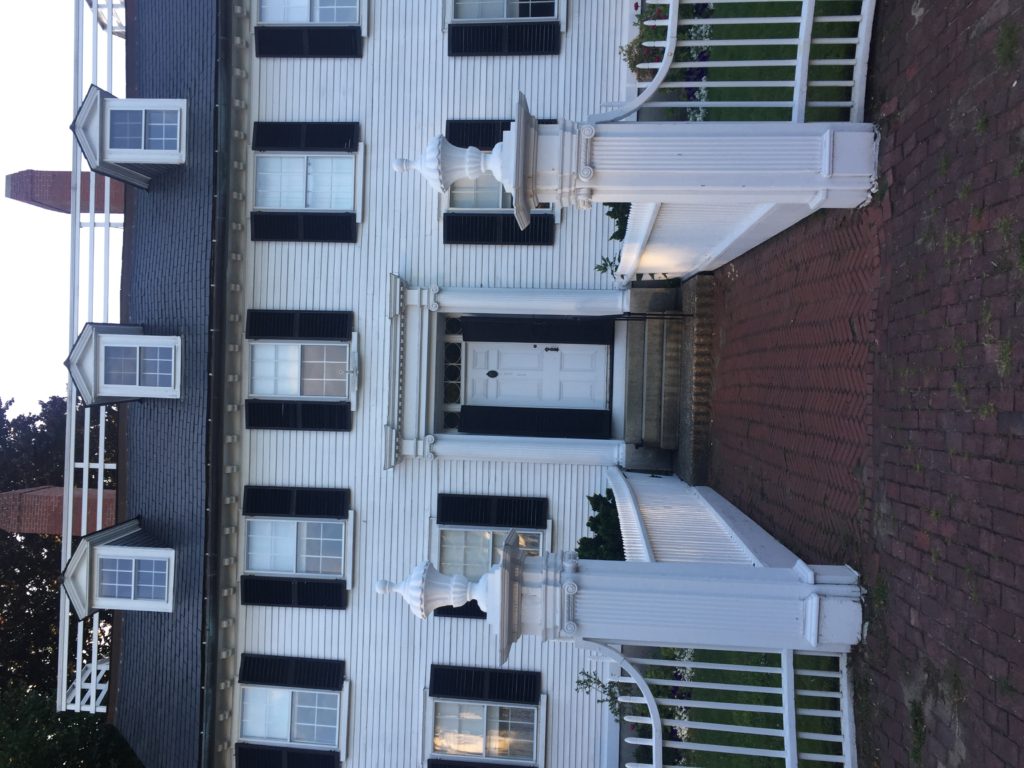 The tour began with a simple question do you believe in ghosts, about half of us raised there hands hesitantly. The reason I’m repeating the question back now is because I am not sure how I feel about it. I don’t know if I believe or not. And I know it sounds strange but it feel like yea it’s possible and it also isn’t. I find the animator was an impressive story teller. But all in all it wasn’t as spooky or as informative as I’d expect it to have been. 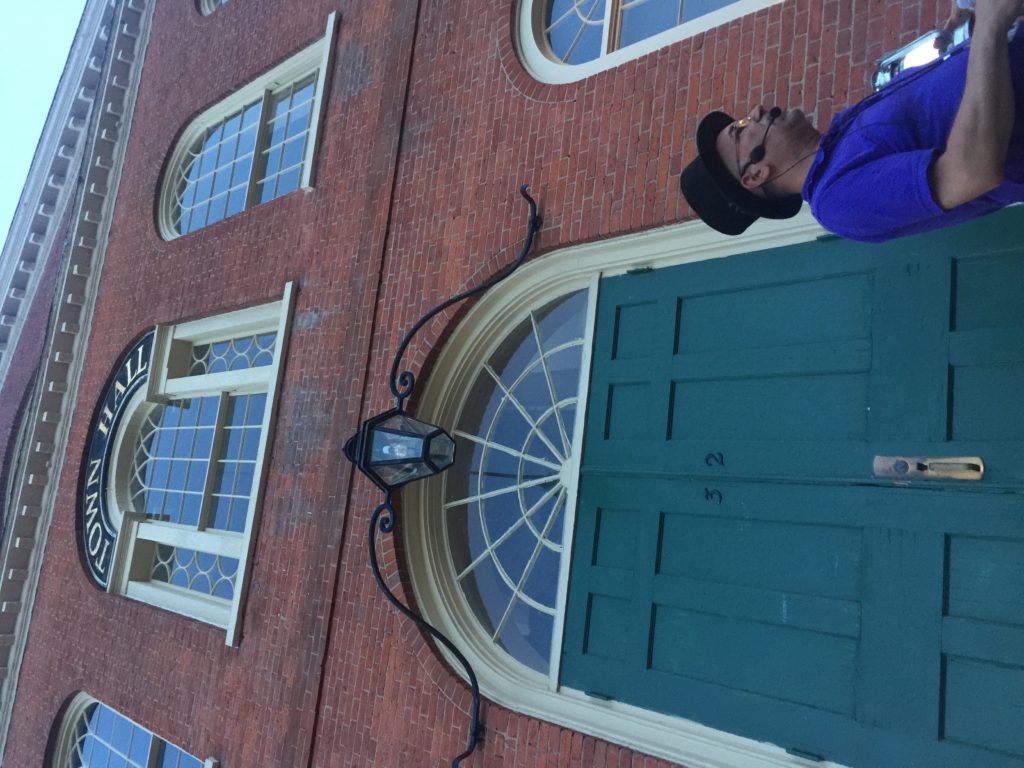 Tomorrow the goal is to head to check out the Harvard campus in the morning, eat some more awesome vegan food. Then we want to head into Boston and do some good old fashion sight seeing. Eat more vegan food for lunch and eat even more food for dinner. I don’t know if you get the pattern yet but our vacations are heavily based on food!!

check out my latest recipe!